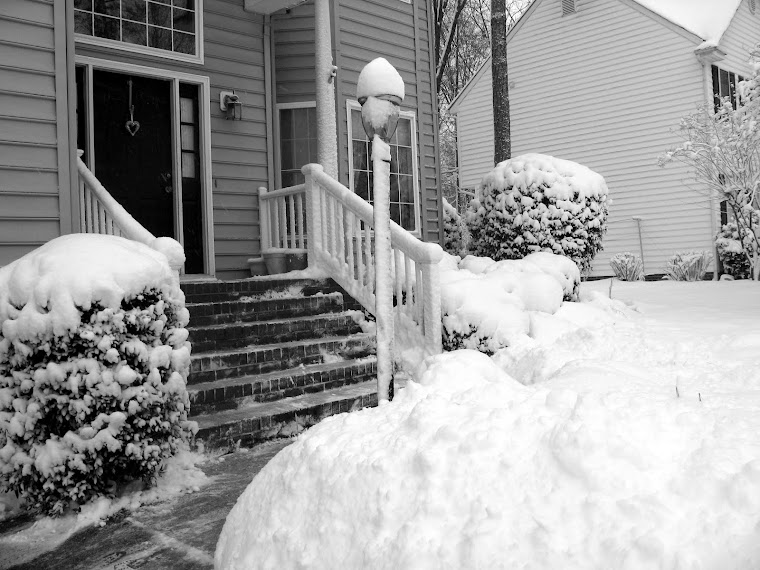 I WISH this is what it looked like this year! But no, everything is still snowless. Global warming?! (This picture is from 2010.)

What I've Been Doing This Exam Week.... 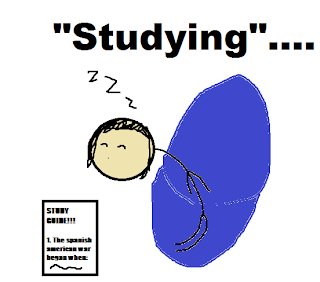 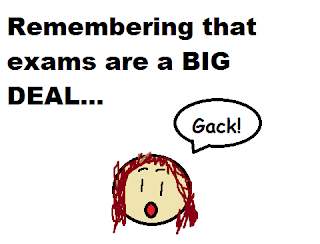 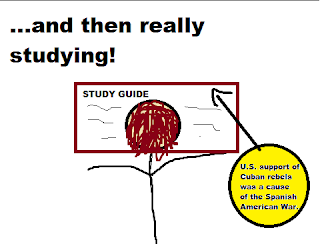 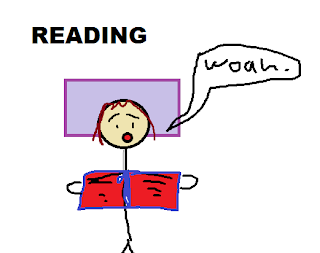 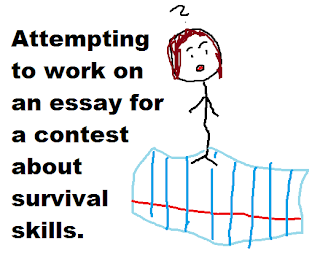 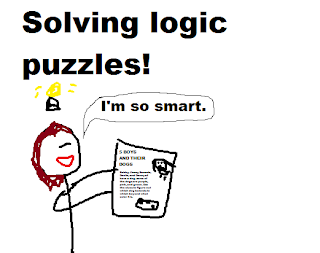 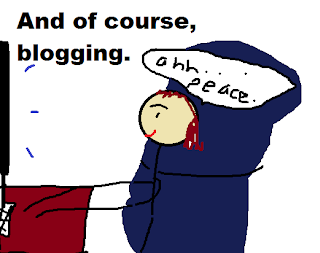 It all began rather innocently, if you ask me. I came into GT* one morning and found out behavioral psychology was today's topic. I expected a dry lesson on the basis of fear, or something like that.
Nope.
As it turned out, the lesson was actually interesting**. We got into a lengthy thirty-minute debate on whether the habits and activities a child was raised with would impact their career. The next few Powerpoint (all GT "lectures" are always on Powerpoints) slides dealt with associations in behavior, and some other famous figures.
And then the madness began.
The next slide featured a man named Pavlov. (Well, I don't remember his first name, but in the weeks that followed, everyone simply used his last name-Pavlov.) Apparently he had taught a dog how to salivate whenever a bell was rung. How? The next few slides explained: First, he put a dish of food in front of a dog, which caused the dog to salivate. Then, he rung a bell. No reactions that were drooling-related. Later, he rung the bell while the dog was eating his food. Because of the behavioral association between the food and the bell, afterward, the dog would start drooling whenever the bell was rung. Everyone was intrigued, but we didn't really think much of it until the next class period.
The next time we all met together, our teacher announced that we were going to recreate the Pavlov experiment. She placed small cups of lemonade powder in front of us, along with a spoon, and instructed for us to take a spoonful. Naturally, we felt the saliva forming in our mouth upon swallowing it.
Then, she said "Pavlov" every time we took a spoonful of powder. And-boom!-within 20 repetitions of that ritual, our minds had made that crucial association. Now, whenever we heard the name "Pavlov", we all began drooling.
However, most people became immune within 20 minutes of the experiment. Around six kids still salivated at the mention of the name, including 2 of my good friends-and me.
*      *      *
What followed started out as harmless. The still drooling participants of the experiment called out "Pavlov!" in the hallways to each other to get a good laugh, while onlookers gave them blank stares. It seemed like a game-a fun inside joke between whoever had the elective at that block. It was also a common way to get revenge, because it seemed better at the time to give back that stolen (insert item here) than to face the wrath of the Pavlov.
But things escalated quicker than anyone could imagine.
One boy burst into school the next morning, quick to tell everyone in GT what had happened to him the night before. His sister had gotten a hold of his cell phone, he'd said, and recorded herself saying "Pavlov". Then she put it on repeat while he slept. To his shock, he woke up with saliva all over his pillow! Later on, his dad attempted to "recondition" him by slapping him (lightly) on the arm while shouting "Pavlov". Now, whenever anyone said "the P-word" as it came to be known to save humiliation, he would flinch back in fear.
The new common threat for thieves, teasers, and plain old annoying people? "I'm gonna Pavlov you if you don't stop!"
From the insanity, a "Jingle Bells" parody sprung up:
Pavlov bells, Pavlov bells,
Pavlov all the way!
Oh what Pavlov it is to Pavlov
Over Pavlov's grave-hey!
Pavlov bells, Pavlov bells,
Pavlov all the way!
Oh what Pavlov it is to Pavlov
Over Pavlov's grave!


And every day at school I would walk in with fear in my heart, hoping that I would be the first to say "Pavlov" to my friend, one of the last of the ones who were still conditioned. It was like a little race every day-whoever could say "Pavlov" first got to cheer as the other one groaned in horror about what was coming.
But just as soon as everything started....it stopped.
*       *      *
I first gained my immunity while on the bus ride portion of a field trip. My friend sat next to me, slamming me with the P-word: "So I'll stop talking about Pavlov if you Pavlov and Pavlov and Pavlov, but I don't want to Pavlov about Pavlov because Pavlov's a really great guy, isn't he Pavlov?"

I waited anxiously for the telltale saliva.
Nothing.
I began laughing and laughing as my friend continued to Pavlov me, until he turned around and looked. "What is it?" he asked.
Oh, you have no idea how panic-stricken his facial expression was when I shouted, "I'm immune! I'm finally immune!" He could no longer annoy me!
In GT, I was confirmed of what I had suspected-"Pavlov" no longer controlled me. I dashed down the hall after class ended, clicking my heels together and hollering, "I'm free!"
An 8th grader from my class tried to stop me. "But don't you miss it, CJ?" he asked. "The saltiness of the liquid that springs forth from your throat every time somebody says Pavlov..Pavlov...Pavlov..."
He was attempting to recondition me. But it didn't work! I would never (unless we attempted that experiment again, but after how far we all took it, I think our teacher is regretting it) have to drool in the name of that word. Just a few weeks later, the same friend who caused my immunity became immune himself. There was nobody left to play the Pavlov game.
But I've told all my friends about what happened. Maybe I should condition them!!

A Ketchup Post, In Which CJ Hopes For Snow And Praises The Wonders Of Copy Machines 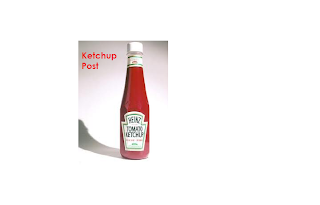 I'd just like to debunk the "little" rumor going around about the world ending. THE WORLD IS NOT GOING TO END IN 2012. Please see the four bullets below for further evidence:
1.Boredom. Have you ever gotten so bored with a project or activity that you just...let it...slip...awaaaayyy?
This probably happened with the Mayans and their calendar.
2. THEY DIED! Pretty self-explanatory. They all died out or were attacked, and there was nobody left to finish the calendar.
3. To freak people out. "Hey, let's leave off all the years past 2012 on this thing to scare the rest of civilization!" Why not? Practical jokes have been around for a while... ;)
4. Marketing. Corporations do anything to promote their movies or product sometimes. So, why wouldn't Big-Giant-Company-That-Made-2012-The-Movie plant a false rumor to draw more attention to their movie?
Anyways.
Before I interrupted this post with that breaking news bulletin...
Where were we...oh yeah, I hadn't even started.
So I'll begin...NOW!
Ketchup:
After my Maryland post, we began driving up to New Jersey. Inspiration hit over the car ride, and I began taking some pictures..... 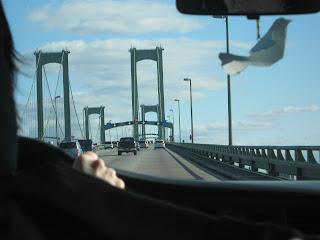 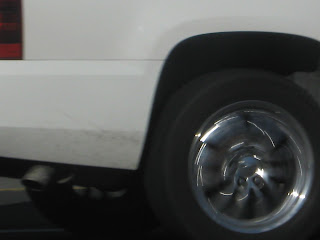 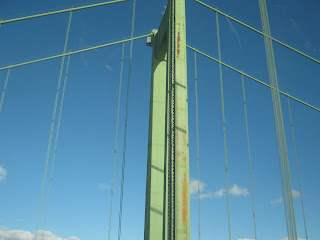 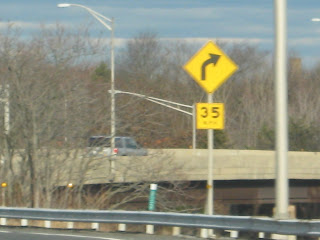 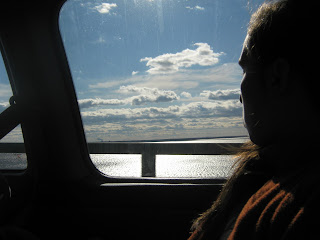 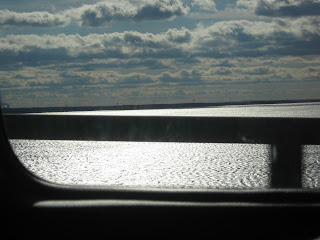 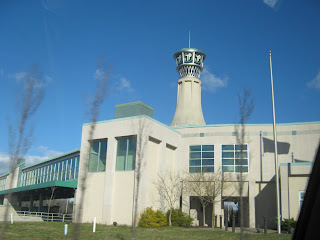 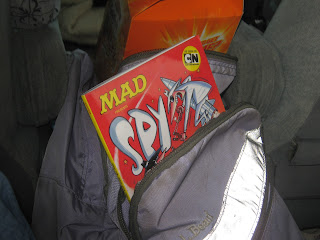 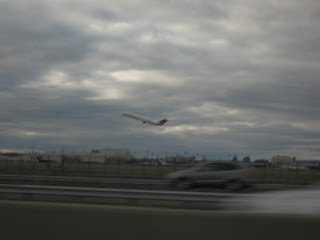 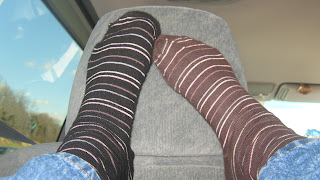 We also over-played Plants vs. Zombies (as usual..), found a fantastic new pizza place, gave presents, and went to see a movie.** It was a nice way to end the winter break.
But then, upon getting home, disaster struck. I now had various zines with me (including one of my own) that were begging to be copied and distributed. Since our other printer needed new inkjets earlier, my parents killed 2 birds with one stone and bought....
An EPSON printer, which included.....
(wait for it)
(dramatic music)
A BUILT IN COPIER.
It was like all my problems had disappeared.
Before, I had used the painful "Scan and Print" technique with zines. I would run zines through our scanner, then take the image files, put them on Word, and print them. The edges were often cut off, and the color was strange and off-kilter. Not very professional.
So, upon hearing that we now owned a copier and I wouldn't have to start saving up money to go to somewhere like Minuteman, I think I began jumping up and down in absolute elation.
And after actually making 5 copies of "M's Information of Mystery", I. Felt. Awesome. It just feels great to make copies of something and see your work (or a friend's or family member's) times 5. I don't know why.

And in the meantime, I've been hearing about some HTML tricks. I hope this one works...
Posted by CJ at 4:30 PM 4 comments:

Hello, fellow bloggers! How was your Christmas? I had a great one-I got lots of awesome gifts and got to spend time with my family. Thanks to all relatives who gave gifts! I'll be writing thank yous anyday now... ;)
Anyways, I am now in Maryland, home of L, S (blogger for Wii Little Movies), and M. We have been having fun with my typewriter, and are trying to launch spy stakeouts on each other! (So far, nobody is getting anywhere.) Did I mention we didn't spend too much time on the computer?
Today, we're going to New Jersey! My other cousin, H, will be there, and we have plans to make another issue of our zine.* My camera was finally repaired, too, so Cousin Studios is back!
I'll have another post (which is hopefully more thought-provoking then this, possibly with poetry) when we get there.
In the meantime, without my epic HTML.... :'(
Blog Ya Later!

*Zines are small handmade books that are like magazines, but randomer. Some have a clear topic, some are comics, and some are filled with random poetry and art. You can hide zines on the street to brighten a person's day-it's part of a harmless art form called guerrilla art. Really, it's harmless. It creates explosions in thought, however. CJ learned how to make zines at her awesome summer art camp.
Posted by CJ at 4:54 AM 2 comments:

Suscribe and catch the creativity!

I Am A Member Of The Lays Boycott Club 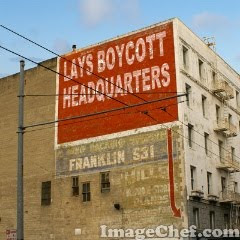 CJ
I am a kid blogger who loves being creative! In my spare time I enjoy pursuing various artistic interests, reading, doing DI, making movies, and boycotting certain apple crisps and boy bands (you know who you are).

My Buisness (Click the link below, click on the "Paper People" link on the grey bar once there)

My cousin is giving away Pokemon cards of his own invention. Here's his site:

What would happen if there were 53 states? Visit this blog created by CJ and Soso to find out.

Make up your own wacky snow superstition...using 2 odd rituals throughout history.